Eddy Mabano Kayihura has a wealth of experience acquired over a period of more than 20 years as a chief executive officer, chief information technology officer (CIO), a network engineer, software developer among other positions in the IT and Telecommunications industry. Before his appointment as AFRINIC’s CEO, Mr. Kayihura was working as a telecommunications, financial technology (fin-tech), and IT infrastructure consultant in Rwanda.

Between December 2016 and December 2018, he was the CIO at the Bank of Kigali, the largest Bank in Rwanda, where he managed a team of over 70 engineers and business specialists in charge of running both the IT department as well as the Digital business of the Bank. He has also been the Executive Chairman of Rwanda Internet Community and Technology Alliance (RICTA). He also worked as the CEO of Broadband Systems Corporation in Rwanda for more than three years between September 2013 and December 2016. Mr. Kayihura has contributed to the growth of the IXP ecosystem in Africa as a workshop facilitator on the AXIS project under ISOC and African Union.

Mr. Kayihura holds an MBA International Business from Oklahoma Christian University, a Bachelor of Science in Information Technology from the National University of Rwanda, Kigali, Rwanda, and numerous other professional qualifications. 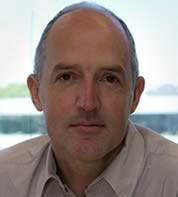 Paul Wilson has nearly 30 years’ involvement with the Internet, including almost 20 years as the head of APNIC. In this role, he has led APNIC’s development as a provider of critical Internet services and as a key contributor to Internet growth and development throughout the Asia Pacific. Paul has worked as an expert and leader across the full range of communities and organizations involved in Internet development, including ISPs and network operators, non-profit organizations, governments and governmental agencies; and with many key organizations including RIRs, the IETF, ICANN, ISOC, APEC-TEL, the ITU and others.

Previously as Technical Director and CEO of Pegasus Networks, the first private ISP in Australia, Mr Wilson worked with early Internet technologies, and helped to establish many early Internet services in developing economies of the region. 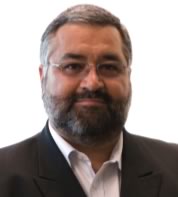 John Curran is the President and CEO of the American Registry for Internet Numbers (ARIN), responsible for leading the organization in its mission of managing the distribution of Internet number resources in its geographic region. He was also a founder of ARIN and served as its chairman from inception through early 2009. John’s experience in the Internet industry includes serving as CTO and COO for ServerVault, which provides highly secure, fully managed infrastructure solutions for sensitive federal government and commercial applications.

Before this, he was CTO for XO Communications, and was integral in leading the organization’s technical initiatives, network architecture, and design of leading-edge capabilities built into the company’s nationwide network.

Mr Curran also served as CTO for BBN/GTE Internetworking, where he was responsible for the organization’s strategic technology direction. He led BBN’s technical evolution from one of the earliest Internet Service Providers through its growth and eventual acquisition by GTE.

He has also been an active participant in the Internet Engineering Task Force (IETF), having both co-chaired the IETF Operations and Network Management Area and served as a member of the IPng (IPv6) Directorate.

Mr. Robles has more than twenty years of professional experience and a long history in building institutions related to Internet resources in the Latin American and Caribbean region, promoting professionalization and long term sustainability. He is the co-founder of LACTLD – the Latin America and Caribbean Country Code Top-Level Domain Organization – which groups together the ccTLDs from the region, co-founder of LACNIC and one of the .LAT promoters. From 1995 to 2015, he worked for NIC Mexico, the organization that manages the .MX domain name.

Mr Robles has been working on Internet governance, domain names and IP address matters since 1995. He actively participated in the creation of ICANN, the organization that oversees the global Domain Name System (DNS). Mr. Robles holds a Bachelor degree in Computer Systems Engineering, a Master degree in Information Technologies Management from Monterrey Institute of Technology and has taken several executive education courses at Kellogg School of Management, Stanford University, University of Texas, Montevideo University and Monterrey Institute of Technology. 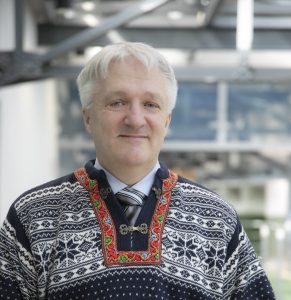 Hans Petter Holen has been active in the RIPE community and the Internet industry for over thirty years. He was RIPE Chair from 2014 to 2020, when he took on the position of Managing Director for the RIPE NCC. He has extensive first-hand knowledge of IP address policy development from his time as Chair of the RIPE Address Policy Working Group. Hans Petter was also a part of ICANN’s ASO Address Council from its creation in 1999 until 2013, serving for ten years in total as Chair and then as Co-Chair. Subsequently, he served on the ICANN Nomination Committee for five years.

In 1991, he was one of the founders of Oslonett, one of the first Internet Service Providers in Norway. He worked in Norway, Sweden and
Denmark, building networks and Internet services for Schibsted Nett, Scandinavia Online and the city guides Allt om Stockholm and Alt om
København. He then took on the position of technical manager in Tiscali in Norway and later worked as the Nordic Network Director. Before starting at the RIPE NCC he worked for Visma for fifteen years initially as the IT Director and later as the Chief Information Security Officer. He graduated from the University of Oslo with a degree in Informatics, Mathematics and Physics in 1988.