NOI: “Assessment of the Transition of the Technical Coordination and Management of the Internet’s Domain Name and Addressing System” [Docket No. 090420688-9689-01]

The NOI addresses the upcoming expiration of the Joint Project Agreement (JPA) with the Internet Corporation of Assigned Names and Numbers (ICANN), herein known as the ‘DNS Project’. It also raises key questions about the management and continued stability of the Internet Domain Name System (DNS).

As indicated in our comment to the mid-term review, the NRO supports the expiration of the JPA and believes that the objectives of the DNS Project have been sufficiently met for this purpose. We offer the following additional comments for consideration.

1. The DNS White Paper highlighted four principles that would guide the DNS Project: stability, competition, bottom-up coordination and representation. The NRO asserts that these four principles must be retained as primary guiding principles for the governance of ICANN after the expiration of the JPA.

2. Furthermore the White Paper articulated a primary goal of transition the coordination of DNS responsibilities to the private sector, to enable industry leadership in bottom-up and multi-stakeholder policy-making environment. The NRO notes that in today’s environment, a broader interpretation of the terms ‘private sector’ and ‘industry’ must be applied, to encompass the objectives of a predominantly non-Government multi-stakeholder Governance model which has been widely discussed and well formulated in recent years.

3. The NRO asserts strongly that the success of the Internet is due precisely to the Internet’s established principles of bottom-up, industry self-regulation. We believe that the processes and structures currently in place at ICANN can and do embody these principles, and also, crucially, that they will permit and encourage whatever future improvements are needed.

4. The DNS Project was founded on a belief that a ‘private’ coordination process (namely in today’s terms, a participatory multi-stakeholder process) would be more flexible than a Government-based process. Further, it noted that a non-governmental process would be able to adapt rapidly to meet the changing needs of the Internet and its users. The NRO is confident that ICANN’s established community has the capacity to cope with future challenges and changes that may arise, and that continued sole United States Government monitoring and input into ICANN’s operation is no longer necessary.

5. The NRO fully supports the multi-stakeholder model of Internet operation, as implemented within the ICANN framework. We support the participation and appreciate the strong roles played by technical community organizations, including the IETF; by the Internet industry through the Supporting Organisations; and by the Governments of the world through the Government Advisory Committee (GAC). Further, the NRO emphasises the continued need for the principles of access, diversity, openness and security, and of community-based management of critical Internet resources, to be taken into consideration when discussing the future of the Internet and its governance.

6. The NRO hereby calls upon to United States Government to conclude the JPA on its expiry on 30 September 2009. We reaffirm our commitment to continue to work closely with ICANN through the ASO MoU and other agreements, to ensure and safeguard the bottom up policy development process that has proven highly successful as the foundation of an open and transparent management of Internet numbering resources. We note that with the termination of the JPA, these agreements will remain in place, and their parties will continue to honour their tenets.

We hope that these remarks will be considered and have suitable bearing upon the coming decision-making process within the US Government.

Finally, the NRO would like to thank the United States Government for its visionary commitment to, and its great success in, transitioning the technical coordination and management of the Internet’s domain name and address system. 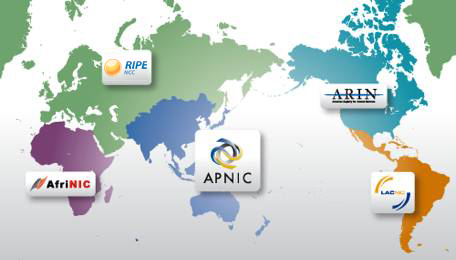