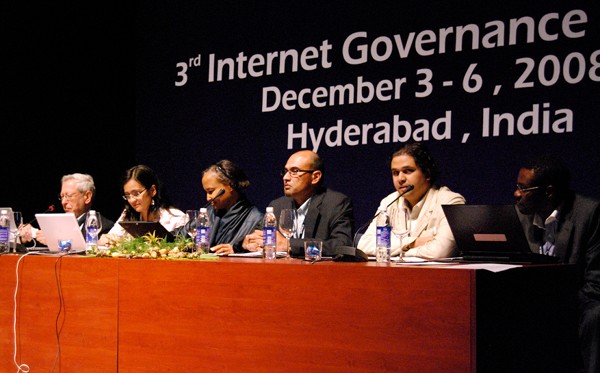 The NRO was represented at the third meeting of the Internet Governance Forum (IGF) in Hyderabad, India, from 3-6 December 2008.

Under a general theme of “Internet For All,” the event featured discussions and workshops across five specific areas:

NRO booth at the IGF Village
Representatives from AFRINIC, APNIC, ARIN, LACNIC and the RIPE NCC were busy throughout the four days of the IGF helping attendees understand IP addressing issues in their regions. The NRO distributed two reports developed specifically for the IGF:

Representatives from the NRO participated in discussions within the workshop, “IPv6: The Solution for the Future Internet.” Following on from these discussions, APNIC Director General Paul Wilson released the following statement on Internet community development in India, as it relates to issues of IPv4 exhaustion and IPv6 deployment: